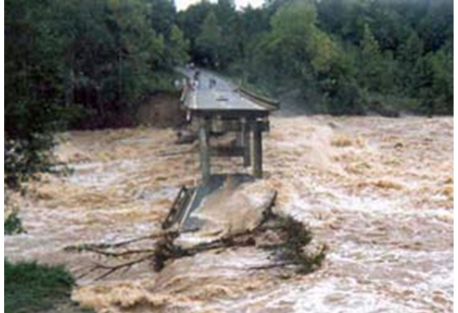 3 September 2009 | By Diarmaid Fleming
Scour undermining a Victorian masonry bridge pier has been identified as the likely cause of a near-disastrous collapse of a section of railway viaduct on the Dublin-to-Belfast main line. A passenger train had just passed over the bridge a few minutes earlier. 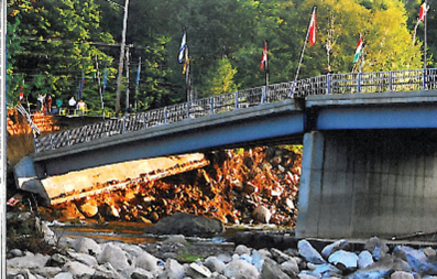 The Loon Mountain Bridge in Lincoln, N.H.
collapsed due to heavy scouring around the abutment after 11 inches of rain. (From Structural Engineer, p. 32, August 2013).

More bridges with scour are listed in
the National Bridge Scour Database. 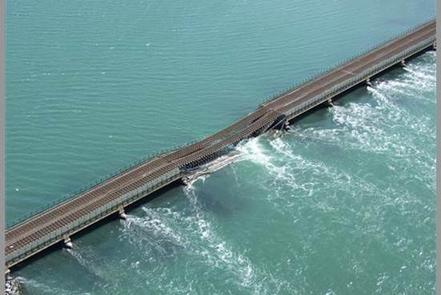 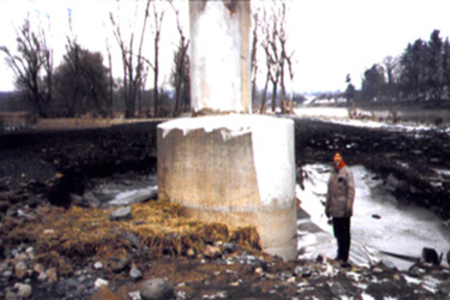 Bridge Failures due to Scour

Schoharie Creek, NY State Thruway, April 5th , 1987;  5 vehicles fell into the river, and 10 occupants died. The  direct cause of the collapse was excessive scour under bridge pier (Storey and Delatte, 2003). The indirect human cause of the collapse was the failure to maintain the bridge riprap (Storey and Delatte, 2003). The lawsuits against the New York State Thruway Authority were settled for a total cost of about $4.5 million with 50% inflation (Wattson, 2007) 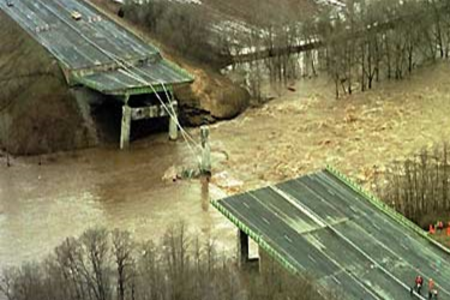